Tooth Fairy Traditions Around the World

Tooth Fairy Traditions Around the World

The Tooth Fairy traditions are a fun way to celebrate a major childhood milestone, but while the tradition is practiced all over the world, the Tooth Fairy as we know her is only one of many traditions. If you’ve ever thought leaving baby teeth under a pillow for a tooth-obsessed fairy is strange, just wait to read what else is out there.

Local to the United States, Canada, and Great Britain, to name a few, the Tooth Fairy is the most popular tradition in Western Media and culture. However, the Tooth Fairy is a relatively new addition to our collective mythology. The tradition is thought to have begun in the early 20th century. Who knows what she does with the teeth, but she sure pays a lot for them; in the U.S., the average price of a tooth goes for $3.19. 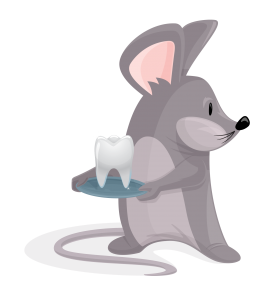 El Ratoncito Perez or Raton Perez, or Perez Mouse, or El Raton de Los Dientes. These are some of the many names given to the most adored mythical figure in Spanish, and Latin American folk lore, a magical mouse who collects teeth. Like the Tooth Fairy, children put lost teeth under their pillows for El Ratocinto Perez, who collects the teeth and leaves gifts, and sometimes money, for the children.

France’s version of the Tooth Mouse goes by La Petite Souris, and he also visits children in Belgium, Switzerland, Morocco, Algeria and Luxemburg.

Instead of a tooth fairy or tooth mouse, El Salvador has a small bunny who comes for their baby teeth.

In Middle Eastern countries like Iraq, Jordan, and Egypt, it is customary for the children to throw their lost teeth towards the sun, asking the sun to send them a new, stronger tooth. 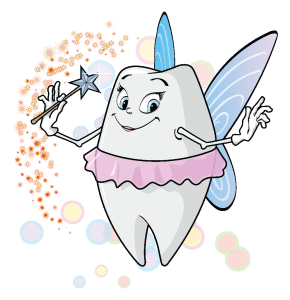 In some Asian countries, it is customary for children to throw their bottom-row teeth up in the air or onto the roof, and bury the top-row teeth. This is done so that the teeth will grow strong and straight in the direction that the baby tooth was thrown or buried.

The Dominican Republic, Ethiopia, and Botswana throw their teeth onto a roof in hopes that a mouse will take the teeth from the roof and replace them with teeth that are strong like a rodent’s.

Don’t hesitate to reach out!